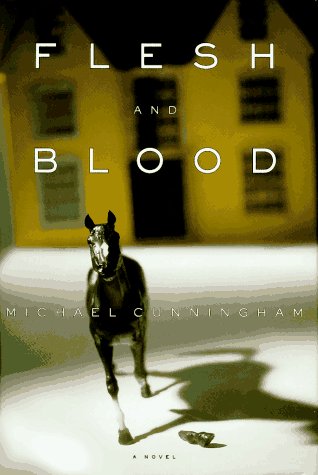 Flesh and Blood is another masterful work by Michael Cunningham, an incredibly gifted writer. Last year I read A Home at the End of the World, the author’s first novel.  I absolutely loved it. Though I have not read his Pulitzer Prize winning The Hours, I have seen the movie based on the book several times; it is one of my all-time favorite films.  This book written between the two others just mentioned is nothing short of superb.

The novel told from the third person POV chronicles three generations of the Stassos family beginning in post-World War II America. Constantine Stassos, a Greek immigrant, marries Mary Cuccio, a striking young woman of Italian heritage. Early in their marriage trouble develops and Mary soon feels she has married below her station. Things rapidly spiral downward in their relationship. They have three children. Susan, the oldest, like her mother is very attractive;  ironically she pays a heavy price for her natural beauty. Her father has the disturbing habit of touching her often and for too long, suggesting sexual cravings for her. While outwardly she seems the most conventional and successful of the children, below the surface she is quite unhappy. Billy, the brightest of the three, has a stormy relationship with his father even as a young boy; their relationship becomes especially ugly when he announces he is gay. The younger daughter Zoe is wild, rebellious and reckless. It becomes obvious she is destined to have a troubled future. Add to the mix the romantic relationships of the adult children as well as the next generation of the Stassos family, Ben and Jamal. Each character adds further depth, darkness and occasional humor to the story. Especially memorable and endearing is Cassandra, a drag queen and Zoe’s close friend.

The story takes place over nearly five decades, from 1949 through 1995. In addition there is a three page snippet of Constantine’s childhood at the beginning as well as a two page conclusion that looks to the distant future (2035). The two brief chapters act as interesting and effective bookmarks for the main story.

Cunningham covers a broad range of issues in the book: a heavy-handed patriarch, an aloof mother, love, death, infidelity, incest, child abuse, drug abuse, kleptomania, generational tension, homosexuality, AIDS, self-mutilation, class conflict, and so much more. I like many people have often thought that I came from a dysfunctional family.  The Stassos family takes that concept to a whole new level.

Cunningham is a master of prose, creating rich, complex characters and vivid images with his words. The tone of the book is one of melancholy and tragedy. There are no real villains or heroes but rather a cast of characters all with their own flaws. The book took me a longer than normal time to read not because it was dull or difficult. Rather I was captivated throughout the story and hated coming to the last page. I wanted to savor the work and not rush through it. I look forward to reading more of Cunningham’s works. He has quickly become one of my favorite authors. 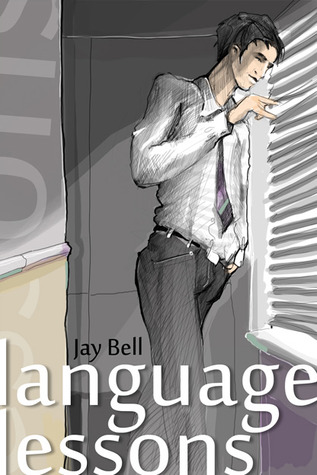 This is a cute (maybe a little too cute?) short story about a 16 year-old guy who because of his parents’ failed marriage does not believe in love. Instead he is really only interested in regularly getting laid. There’s nothing necessarily wrong with that especially when you have the raging hormones of sixteen. That’s just who Joey is. When we first meet Joey he is home and sees through his window a guy whom he has longed to snag for at least two years and who has just come home from college. For the next forty pages we follow his escapades which culminate in his seriously falling for someone much to our protagonist’s surprise.

This was a quick, easy, amusing and entertaining story. Earlier this year I read the author’s Something Like Summer which I enjoyed a great deal. This work was not quite up to the caliber of the Summer book but considering its brevity it may be a bit unfair to compare the two works.  It was good as far as it went, just not quite good enough to merit a higher rating from me. I do like the author’s light and breezy writing style and his positive portrayal of M/M relationships. I have two more of his books on my To Read list, including Something Like Winter which parallels the story line of Something Like Summer, only this time through the eyes and mind of the other party in that romantic tale. I posted a review of the Summer book in September. If you are interested you can read that review here.

PS: I am going to be out of the country for a couple of weeks so this will be my last post until I get back. If you like my reviews, thanks. I promise I will be posting another in late October after I return.

As Meat Loves Salt by Maria McCann was one of the more challenging books I have read in recent years. The setting is England during the 1640’s and the tale is told through the eyes, ears, words and mind of the unstable, violent, confused and possibly mad Jacob Cullen. In the first seventy or so pages Jacob seems quite sympathetic. He and his siblings through simple bad fortune have become servants of the despised Mervin Roche, aka Sir Bastard. Jacob is soon to be wed to another servant named Caro, whom he has known for a long time. The wedding takes place as planned and all seems well. Shortly thereafter though all hell breaks loose and Jacob, Caro and one of Jacob’s brothers take flight. In a rapid succession of events and revelations we learn that beneath Jacob’s pleasant demeanor, a monster is hiding. Following these shocking developments, Jacob is conscripted into Oliver Cromwell’s Army, where he becomes increasingly drawn to a fellow soldier, Christopher Ferris. Eventually the two become lovers. Their relationship is not only passionate but extremely perilous since anyone found guilty of sodomy during this time was likely to be hanged. The two eventually desert the army and go to Ferris’ London home. All of this action occurs in the first two hundred pages of the book. The balance of the story (another 365 pages) traces their lives and relationship from that point forward.

While the story line is interesting and generally well-written, I found the work to be unnecessarily long & agonizingly slow-paced. At times I became impatient with it and could not wait to complete its 565 pages. This book to me is a classic example of less would be more. I kept thinking that the tempo of the story would pick up. Except for several very emotionally charged scenes it largely never did. There are occasions when the author’s lengthy descriptions are appropriate and effective. One such example is the siege of Basing House, the prosperous and imposing Catholic fortress, about a third of the way into the story. The 1645 battle was a real event in the First English Civil War although the primary characters are fictitious. The graphic description of the slaughter that ensued was difficult to read. The author paints a vivid picture of the battle and provides a grim reminder of the horrors of war.

When this book is good it is quite good as the battle of Basing House demonstrates. Unfortunately though for most of the novel, I found the preoccupation with detail counter-productive. Also adding to my discomfort, the author was true to the way I believe people spoke during that time, so for my twenty-first century brain I found many of the long conversations to be a bit odd and off-balance. Having said all this, I am glad that I hung in there and completed the book as laboring as it was to read. The work for me falls just short of being great. The story and its main characters, especially Jacob, are quite memorable. The final chapters are especially quite moving. I suspect that in the right director’s hands it would make an excellent movie.